Articles about how the bad economy effects people and society. Particular attention is paid to lessons learned about inequality. 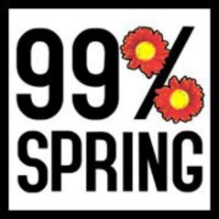 The Occupy movement received a major boost from the progressive establishment which will impact American society and the upcoming elections.   The 99% Spring movement has arrived and is already creating a stir at shareholder meetings and in the streets.  This article provides full details on the 99% Spring (including their recent national trainings and links to their tools.)  I also summarize media articles about the debate over whether the two movements are compatible. I believe they clearly are given that many of the same people and groups are involved with each.  Read on in order to learn how and why to get involved with future actions.

I attended the three-hour training session in Durham, NC on April 12, 2012 (and have reviewed the entire seven-hour workshop training guide.)   About 25 people were there – with only a few folks under 40.  The training was well-designed and well-received.   We gained important insights and skills – even from this abbreviated session.  To provide a context, during my 25 year tenure as Sociology Professor at North Carolina State University, I designed and conducted similar training sessions and produced companion documents and videos (e.g., team-building, social change, community organization, and watershed management.)  I also have written extensively about the Occupy movement since its beginning.

Click below to learn how you can join this important initiative.

END_OF_DOCUMENT_TOKEN_TO_BE_REPLACED

Without the Hippies, Steve Jobs Would Not Have Flourished

With the death of Steve Jobs we have lost one of our most brilliant minds and successful entrepreneurs.  Many tributes are being written about his impacts on the computer and communication industries.  To really appreciate the genuine genius of Steve Jobs, we need to understand the cultural climate in which he grew up.  He was a self-identified “child of the sixties counterculture” who attributes much of his success to the Silicon Valley and San Francisco communities in which he spent his early years (same time and place where the Grateful Dead, Jefferson Airplane and others started.)  This article explores the nature and extent of the counterculture’s influence over the development of the computer in general, and on Apple computers in particular.  This type of insight is vital if we ever hope to find “the next Steve Jobs.”

This article collects most of what has been written about Steve Jobs’ early life.  Particular attention is paid to how extensively Steve and other computer pioneers were greatly influenced by the values and vision of the hippie counterculture.  Steve came of age in the epicenter of this social movement.  He clearly embraced the hippies’ practices and philosophy.  Many of the tributes included here show how his business behavior was shaped by his distrust of authority and willingness to expand his mind in many directions.  To provide further context, I include a seminal article written by Stewart Brand in 1995 called “We Owe it all to the Hippies.”  I also collect detailed reviews of an important book called “What the Dormouse Said.”  This article also includes a letter sent to Steve Jobs from Albert Hofman (discoverer and proponent of LSD).  Steve Jobs acknowledged the importance of this psychedelic compound in shaping his own life and career.   It is entirely possible that we will never see “another Steve Jobs” unless another form of “hip counterculture” is allowed to flourish.  Given the conservative and corporate nature of modern American society, that is very unlikely.  Click Below to Learn More:

END_OF_DOCUMENT_TOKEN_TO_BE_REPLACED

Two recent events warn us about the serious social problems associated with poverty in the US.  First, Bruce Springsteen sent a letter to the editor of his local paper warning about the impacts of Republican budget cuts on the poor.  Also last week, I attended a great conference sponsored by the UNC School of Law.  You can read a summary of the conference and download some helpful publications.  Some common themes emerge from the Boss’s letter and the UNC conference.  Right-wing conservatives in many states (including New Jersey and North Carolina) are aggressively pushing pro-corporate economic policies.  Their give-aways to big business will be paid for on the backs of the poor and less fortunate who can least afford such cuts.

This is a symptom of the massive wealth gap between the richest families and the rest of us.  In fact, just one percent of Americans now control 40 percent of the nation’s wealth.  Just 25 years ago, the top 12 percent only controlled one-third of the wealth.   These articles also point to the importance of educating the public about how the problems of poverty affect us all.  Clearly, these issues will be important during the 2012 political campaigns.  It should be an area for the Democrats to win the debate– particularly with stronger White House leadership.  However, these stories also stress the important role that state-level politics and budgetary problems have in making the problems of poverty even worse.
Click below to learn why poverty problems are more serious and important now than ever.

END_OF_DOCUMENT_TOKEN_TO_BE_REPLACED

Slow Down You’re Moving Too Fast – Save Gas Now!!

The rapid rise in gas prices has caught the experts and consumers off-guard.  This reminds me of the same wake-up call that America received from the Arab Oil Crisis of the Seventies.  So stupid that we are not better prepared with the right types of cars and mass transportation – like they are in much of Europe.  So the only way to cope is to Change our Own Driving Habits.  I noticed how important this is as I drove my 1995 Jeep on the highway and around town.  The Instantaneous Mileage read-out showed how much difference I could make if I would slow down and quit moving so fast.  So I have found the best advice for my readers about how to save money, lives and the environment. Read on and Enjoy the Pix (Click to view larger!!)

END_OF_DOCUMENT_TOKEN_TO_BE_REPLACED

Time for another review of one of my favorite movies with a message.  This one is particularly relevant given the way the capitalist economy is exploiting workers.  It sure does not seem fair that many workers are baring the brunt of the financial meltdown caused by corporate executives.  Millions stuck in a dead-end and depressing job day-dreams about ways to rip off the corporation.  The movie “Office Space” came out a decade ago and contains inspiration and information to help the alienated workers take back control of their lives and redistribute the wealth.

This wonderful film validates and popularizes key lessons from social science research about work and happiness.  Enforced conformity to meaningless rules and bureaucratic processes breeds alienation – leading to lack of commitment and creativity.  Themes in this movie tie directly back to the writings of  Karl Marx (as I explained in an earlier article.)  This is a very subversive and superb movie that encourages the proletariat to smash their machine and take back control over the means of production.  This radical and revolutionary message is clearly why this movie received an “R” rating.  There is no nudity or violence (except toward technology).  Also the language is very mild.   So clearly this movie is so threatening because it hopefully will make kids hip to the BS involved with most of the jobs in the capitalist system.

Enjoyment and Enlightenment can and will be ours!

END_OF_DOCUMENT_TOKEN_TO_BE_REPLACED

Karl Marx Would be Marveling at Capitalism’s Colossal Collapse

As the global economy continues to tank, everyone is looking for the reasons we are in this mess. What we have is the predictable and inevitable collapse of the corrupt capitalist system.  Everyone seems to be “whistling in the dark” when they half-jokingly say we are headed for socialism.  By fostering greed and inequality Capitalism is collapsing – just as Karl Marx predicted over 150 years ago.   This could happen within a couple years so get ready.  Realize that like all countries, the US has socialist features (especially with the current fed bank bailout AND auto industry.

Reading this will help you understand what has happened and what we all can do together. As the economy becomes less fair more people will join the underground economy and resist the power of the corporations.  People will increasingly walk away from their debts and stop buying new toys and upgrading technology.  Old McCain is now claiming that he won’t redistribute wealth. According to Marx, he and his rich friends will soon have no choice (they must share the wealth that Bush stole for them.)  The rich have gotten that way by living off the “surplus labor” of the workers.  Now you can learn about Marx’ life, times and lessons for today.  Along the way you will see customized pix along with expert opinion.  Tell your friends and leave comments.
END_OF_DOCUMENT_TOKEN_TO_BE_REPLACED