The Obama political campaign clearly qualifies as a social movement that is larger than the sum of its parts. After the past week’s landslide victories in eight states by double-digit margins, it is clear to me and others that Barack Obama will be the Democratic candidate and ultimately president of the United States. Obama has brought many new people – especially youth – into the political process. At the same time, the lemmings are leaping off the sinking Clinton ship and the wheels are falling of McCain’s straight-talk express. In this post I will outline my assessment of this amazing moment in history as a sociologist with 25 years experience analyzing and promoting progressive social change.

Let me start by saying that I owe a huge debt to all the wonderful commentators at MSNBC. They clearly are the brightest and boldest team of experts we have. I capture much of their coverage to DVD; and take notes on all they say. So I express my admiration and gratitude to some modern day heroes – Chris Matthews, Keith Olbermann, Joe Scarboro and Mika Brzezinski; along with all-stairs like Andrea Mitchell, Tim Russert, and Tom Brokaw. They are clearly in touch and in tune with what is going on. They also have the guts to say what they think and explain why.

For most of my career I have studied social movements and social change. We clearly are at a turning point in our history as we begin to take back control of our country from the corporations and tired, old establishment. Obama has shown profound ability to unite people from all sides of the political and social spectrum. Last night he got more significantly more votes than Bill and Hillary “Billary” Clinton in what used to be the Clinton’s home region for eight years. Clinton only carried white women over 60 and whites with less than high school education. Obama won with blacks, Hispanic, men, college educated and those making over $50,000 per year. He also finally got more women’s votes than did Hillary. These trends will build over the next few weeks. 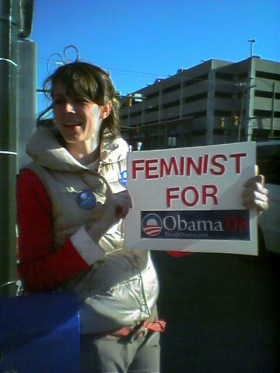 However, the most striking and significant differences are in terms of the massive generation gap that has grown up around the Internet. Many young people no longer trust their parrent’s generation. It is wonderful to see how young people of all social backgrounds are flocking to the Obama movement. It truly is once again, as JFK said, “Time to pass the torch of freedom to a new generation.” Also, Barack is asking young people to serve our country, again echoing JFK when he said “As not what your country can do for you, ask what you can do for your country.” Clearly the endorsement from the JFK brother and daughter tell it all. They see the same social forces welling up to sweep a major revolution across our country. 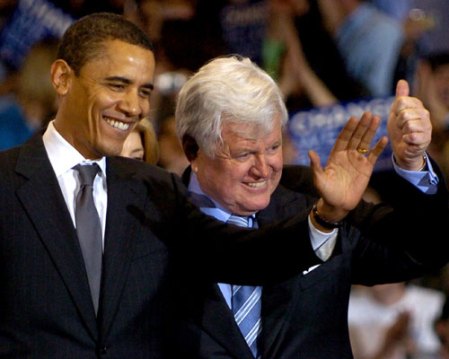 We know from past social movements that people tend to rally behind and follow a leader who inspires them, such as JFK, MLK and others did 40 years ago. We have not had that type of inspirational leader in decades. People are clearly excited and enthusiastic about Obama for the hope he offers and the chance for a fresh start. At the same time, movements arise out of a sense of what sociologists call “relative depravation.” The Civil Rights and Women’s movements arouse from a conviction among blacks and women that they were being deprived of their rights and access to the benefits of society.

Many of us now feel a strong sense of relative depravation. The rich have gotten richer under Bush (and Bill Clinton), while the vast majority of us have slipped backwards. This appears to be most striking for the young who face very real prospects of living a much worse life than their parents on many dimensions (happiness, health, prosperity, and security.) In fact, we all realize that we are worse off now than we were in the nineties before Bush took control. However, the answer is not to return to some “good old days,” which were only good because the American economy did well and the world was at peace. The Clintons were not progressives – or liberals (as they ran from that image.) They made things worse for many people through: their escalation of the unjust drug war, selling out our economy through NAFTA and WTO; and a general sense of selfish seediness that most of us want to forget. 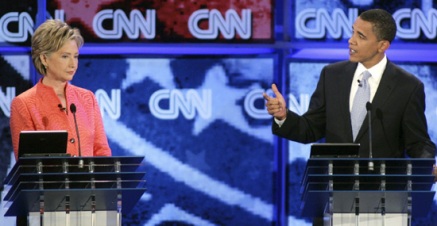 In fact, Bill and Hillary never really felt deprived of anything. They waltzed into this campaign with a smug sense of entitlement. They have learned to play the old-style political game and became very wealthy in the process. On the other hand, Obama knows what it is like to be on the short-end of the social stick – having lived with and overcome relative deprivation for most of his life. He has always been an under-dog that had to work harder and smarter than his peers and rivals. He has the hunger for change and has been able to navigate the most dramatic time of change the world has ever experienced. He can be a role model and resource for the rest of us.

Hillary claims to be tried and tested – which to many young people means “old and stale.” She and her husband now remind us of all the things about the nineties that we did not like. Make no mistake, Hillary and Bill are much too conservative and cautious to lead us in this new millennium – as well as too attached to corporations and the wealthy few of this country. They are elites who have lost touch with the real needs of people. All they care about is getting elected – they will say and do anything to make that happen. It is their egos on trial here – not their policies. Fortunately most people are waking up to see that the future lies with Obama, not with the closed minds and hearts of the Clinton dynasty.

Like many others, I am particularly disappointed in how Bill has inserted himself into the campaign.  Clearly Hillary would not be in this position had she not been First Lady and groomed by the Old Democratic establishment.  Although they are keeping Bill out of the public eye, word is that he is harassing the “super-delegates” with promises of future pay-offs and past political patronage. He comes off as an tired, old man (recall his sleeping in church.) No one really wants to listen to his nasty talk or look at his puffy red face. The Clintons and McCain are the last vestiges of a past establishment that crumbled under Bush-Cheney. Time to start a new chapter for our country and the world we almost destroyed. 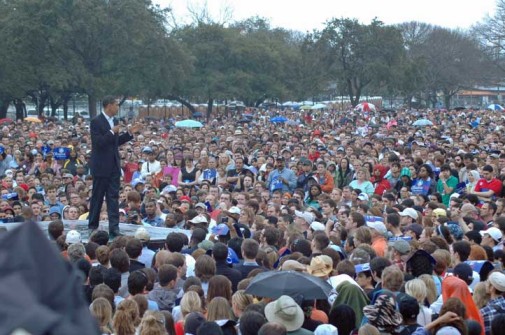 Anyhow, this will all be moot in a few weeks. It is clear that Billary will not get the big wins they need in Ohio and Texas. In fact, given how short they now are on cash, Obama will likely win those as well. There is nothing that can stop the kind of social movement that Obama represents. It is ironic that Clintons are banking on those two big states in same way that Guiliani counted on Florida. How did that work out for him. Obama will soon win my former home state of Wisconsin and Hawaii. That will represent an unstoppable winning streak of ten states in a row.

On a final note, one can go back to the noted economist Peter Drucker who described a leader as someone that does the right things; whereas a manager is someone who does things right. Obama is clearly a leader who wants to do the right things and will surround himself with managers who can make it happen. Hillary is the ultimate bureaucratic manager. She may know how to get things done in the bowels of Washington, but she is not the leader that her husband is. Now both are old news and need to get out of the way of the Obama express which is ready to run them over!!