Congress and the White House are planning to give each American worker about $600 that they hope we will spend as quickly as possible. These idiots feel that the way to stop a fire is to pour more fuel on it. The main problem most Americans face is that we are too good at spending money; but increasingly incapable of earning or saving it.

Meanwhile, the fundamental issues with the consumer economy are only going to be postponed with this lame attempt. Instead, we all need to stop spending money so as to hopefully bring down the US consumer fever that threatens to destroy our way-of-life; and the planet. Chief problem is that most people do not realized the power that each of us does have over own future prosperity.

The American economy is running out of steam because we all have had the same attitude as the Bush administration – buy now and worry about paying later. The worst part is that all this consumption is the root of our problem. We no longer produce much of value – but sure spend money like we were still the world’s leading economy. In fact, the main beneficiaries of the stimulus will be the bottom lines of global corporations aiming to wring every last drop out of our faltering economy.

Last Christmas many American shoppers took the easy way out – they bought and gave gift cards. Like this government stimulus package this is simply a cash transfer from one person to another. In both cases we are acknowledging that we do not know what the person (taxpayers) would really want but we feel obligated to do something.

Here we are forcing each of us to contribute to a pot of money as taxpayers. Then we are asked to trust that the IRS and other government bozos will then redistribute in an efficient and equitable manner. Of course, all the Treasury does is print more money or borrow from the Asians or Arabs. This will further increase the deficit – saddling future generations with insurmountable mountains of debt.

This whole approach reminds me of Bush’s bungled response to the events of 9-11. Instead of asking us to tighten our belts and sacrifice (e.g., FDR in WWII); Bozo Bush urged Americans to go shopping. He added that we all should go and visit his brother Jeb in Florida – leaving behind our money and fears in the fantasy world we have been living in for six years.

In fact, one of the main trends in response to the economic downtown is the growth in recycling of consumer products. People are flocking to thrift shops and Craig’s List in search of bargains. We know that one person’s trash is another one’s treasure. This does allow for direct cash transfers among individuals and charitable organizations. In fact, I have shopped through these outlets for several years – furnished a house for fraction of the cost of new stuff. Also I have found great “new “clothes that fit me (since I wear XXL – tall) for less than 10 percent of the cost for new items. 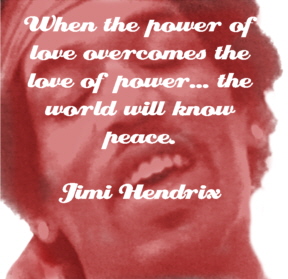 Another activity that is flourishing involves the way Americans are starting to barter for goods and services. For example, I give guitar lessons to my pet sitter’s son. People give massages and other healing treatments for free or for retured attention in somway. Money does not have to mediate all our social interaction.

Overall the best strategy for individuals is to stop spending money as quickly as possible. The corporations are the ones that require a constant fix of fresh cash to keep their systems a float. As formal presidential hopeful Joe Biden pointed out the Bush administration has sold the mortgage on our homeland to the Chinese.”

The real problems are due to credit card debt. The average American family owes over $10,000 to the parasitic credit companies. The best thing we can each do is to destroy these cards immediately. Also each of can weigh the benefits and risks of defaulting on these cards. Good news is that all these vultures can do is call you. They cannot garnish your wages and will not take you to court. Collecti0n companies are full of BS – so start screening out those Unknown numbers.

There are some interesting lessons from the campaign trail that involve some radical changes. For example, former candidate Mike Gravel spoke with pride about how he used his personal bankruptcy filing to “stick it to the credit card companies.” One of the most innovative and interesting public policies involve Mike Huckabee’s proposal to abolish the IRS and institute a consumption tax in its place. Short of that we can expect a lot more civil disobedience and further growth in the underground economy.