FDA Sends in the Clones!!

Over ten years ago I was advising the USDA, dairy industry, and others that public concerns over meat and milk from cloned animals would be huge. The Bush-league FDA has cleared the last hurdle to mix the mutant materials into our food supply. Read my Op-ed about why consumers will not and should not accept the products.

Despite concerns over safety and market reaction, the first cloned animals are beating a path from the labs into our food supply. In fact, some consumers may have already been exposed to these experimental foods, since existing FDA policies have been weak and voluntary. However, even if the foods are safe, most people agree that scientists have no business cloning farm animals. From an ethical point of view, cloning raises very significant issues associated with animal welfare and the slippery slope to human cloning. Despite these legitimate concerns the federal government is again siding with the scientific and business communities; while blatantly ignoring the broader public interest.

In fact, a 2003 Gallup Poll found that 68 percent of Americans believe the cloning of animals is morally wrong – second only to the 90 percent who object to the cloning of humans. This is significantly higher than the 53 percent who feel abortion is morally wrong. By contrast, only about one-third of people object to the following on moral grounds: stem cell research (38 percent); wearing animal fur (36 percent); animal medical testing (33 percent); and the death penalty (31 percent.) It is clear that the public interest will be seriously threatened by the FDA’s proposal on cloned animals.

FDA has been trying to push these mutants into the food supply for at least a decade. The US Department of Agriculture has been well aware of the significant consumer rejection that cloned animals will face in the market. However, USDA’s cautious approach lost to FDA’s cavalier promotion of the latest corporate science which is that agency’s orientation under the Bush regime. Now the rights and interests of consumers are being threatened by a small group of scientists and investors. This is also part of a much broader and more serious trend, known as the industrialization of our food supply, toward excessive scientific tinkering with our food that is often full of risk and cost to consumers.

Over the past 50 years, we have seen our food production go the way of all other industries. Which seeds farmers are able to plant is increasingly driven by the profit goals of the biotechnology and pesticide companies (which are now one and the same.) Another factor is the arrogant and antagonistic attitudes of scientists toward the public whom they ridicule as illiterate. These gene jockeys feel that if it is possible to do something, then they have the right to do it – public perception and preference be damned. The only group that stands to benefit from animal cloning are the scientists who patent the techniques and then sell the mutant animals. Everyone else will lose big-time, as the farmers, food companies, and the consuming public are force-fed food that is clearly produced in an unethical and likely unsafe manner.

Most people have heard of the first ill-fated clone – a sheep called “Dolly.” She suffered from a variety of defects during her life which ended very prematurely. Scientists acknowledge that cloning involves the pointless suffering of hundreds of animals that are either born deformed or aborted along the way. The one successful clone is expected to mass produce off-spring or milk during its shortened life. Many people have legitimate concerns about animal welfare and believe that animals have some basic rights. Many people feel that industry and government have gone too far in sanctioning the mistreatment of animals for commercial gain.

Research clearly demonstrates that most people do not want to consume food from cloned animals. Research from the International Food Information Council concludes that “consumers remain opposed to the notion of animal cloning, as well as the use of cloned animals for breeding.” In fact, Less than one-fifth (16%) of U.S. adults give a favorable rating for their impression of animal cloning, while over half (56%) give an unfavorable rating. The majority are unlikely to purchase foods from cloned animals (58%) or their offspring (59%). 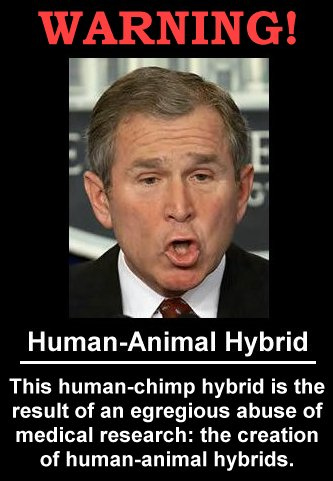 So consumers have clearly made their voices heard – they do not want meat of milk from cloned animals. However, under the FDA policy, consumers will have no choice about consuming meat or milk from such animals. FDA does not require cloned animals be kept separate within the food supply, despite the fact that their own scientific advisory committee could not endorse product safety. It is important to understand the deep sense of dread that people feel from the very thought of consuming products that are produced in such an unethical manner.

Social scientists and philosophers have recognized the complexity of the human-animal bond for many years. The animal rights and welfare movements have enjoyed considerable success – especially as noted by the sustained rise in vegetarian and vegan consumers. Research shows that women, in particular, care a lot about animals (and are much more likely than men to reject animal cloning.) Research demonstrates that people develop strong emotional bonds with companion animals. They also believe animals possess high levels of intelligence, feelings and even souls (e.g., Saving Nemo and Babe in the City). The Pew research even found less religious Americans expressing greater comfort and more religious Americans harboring greater reservations.

Another reason for greater concern over animal cloning relates to the fact that animals are closer to humans in evolutionary terms than are plants or microbes. Some consumers worry that once scientists are able to modify or clone animals than humans will be next. People fear a “slippery slope” that may result from breaking down species barriers. The fact that animals are used in scientific experiments leads people to recall “Frankenstein,” “Multiplicity,” or other sci-fi images.

The animal cloning industry is clearly out-of-touch with market reality. Nothing has been done to pave the way for the use of these powerful scientific tools in meat and milk production. The small firms who are leading the cloning charge have no track record with the farm or food sectors. They do not understand or appreciate the concerns of the food industry or consumers. Public policies must be based on greater respect for consumers’ rights to feel comfortable about their food supply (which means the right to an informed choice.) Approval of cloned livestock has taken almost a decade – in part because of pressure from the food processing and retail sectors who realize that consumers might cut back on all milk and meat because they will not know whether or not it came from cloned animals.

Ultimately, congress needs to rein in the cowboys over at the FDA. They are operating under laws that were written 50-100 years ago. In fact, some congressional leaders have expressed strong concerns and urged the FDA to study the issue further. Sen. Barbara A. Mikulski sent a letter to the agency’s director. “Just because a scientist can manufacture food in the laboratory, should Americans be required to eat it?” the Maryland Democrat wrote. “We do not know enough about the long-term effects of introducing cloned animals, or their offspring, into our food supply.”

Cloning represents nothing but headaches for everyone except the companies creating the cloned cows. Concerned consumers will continue their switch from dairy products to the soymilk, juice and other beverages. More and more consumers are becoming full or part-vegetarians. At the same time, the US standing in the global community will be further eroded as the rest of the world looks on in horror at the careless disregard being shown to animals and consumers – both of whom are guinea pigs in a massive, uncontrolled experiment that threatens our safety and security.

The bottom line is that meat or milk from cloned animals will never be accepted in the market and must not be secretly force-fed to consumers. Consumers and the food industry have made it clear that they will reject meat or milk from such animals. Cloning of farm animals is a technology in search of a market. Any farmers who purchase such pricey animals will be buying “white elephants.” Dairy and livestock producers, as well as the food industry, will bare the brunt of consumer outrage over cloning.

We also should carefully consider Gandhi’s warning that “One can judge a civilization by how it treats its animals.”

5 thoughts on “FDA Sends in the Clones!!”